I know it’s coming: the day when I have your children in class. It will seem incredible to me, since I still picture you as teenagers. How can you be old enough to have a child of your own in high school?

In any case, I would like to apologize in advance. Things are different now.

Remember when I brought in all the pairs of different shoes and you got to create the person who would wear them? Who would wear the old lawn-mowing tennis shoes? The ballet toe shoes with pink ribbons? The red five-inch heels? How old would that person be, and what idiosyncrasies would he/she have? What bad habits, what dreams, what regrets? And then you would pair up with someone after you had created your person and the two of you would write a scene in which your characters met each other and had a conversation. That was a fun way to teach you how to develop a character and punctuate dialogue. But it took a long time to accomplish all of that. 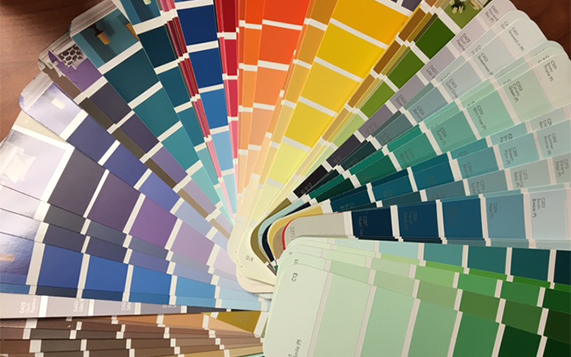 Remember the MHS Poets Society? You had several class days to just read and devour poems, to immerse yourself in the worlds of cummings, Frost, Angelou, Neruda. Then you got to write your own poems. Some of the best ones you wrote were based on the paint strips you were given; you had to incorporate those crazy paint color names into your poem. Some were easy, like “tranquil breeze” or “twilight”, but some of you ended up having to be really creative to work in “China Bear” and “Merino Wool”. One of my all-time favorite poems that one of you wrote for a Poets’ Society meeting started like this: “Some girls’ mothers/ Are fiercer than others.” I can still picture us, sitting in a circle on the floor with the lights out and a candle in the middle of our circle, passing around a flashlight as we read poems to each other. We never made it to a cave in the middle of the night like the kids in Dead Poets Society, but we laughed a lot and we even shared some tears when some of you wrote about your grandpa’s death or your parents’ divorce. But those meetings don’t happen anymore.

Remember the big stick figure posters of the characters in Romeo and Juliet? We loved adding pictures from magazines to symbolize aspects of their personality as we got to know them, and then we glued tombstones to their posters as they died. What fun we had coming up with epitaphs for them. One year Tybalt’s epitaph said “I lived by the sword, I died by the sword, without me in the play, you’ll probably be bored.” I still think of that every year when my classes read the Act III death scene. But there are no posters or witty tombstones anymore.

It’s not that those activities weren’t worthwhile. They certainly were, and they incorporated a myriad of the standards then and several of the common core standards now.

It’s just that I no longer have time for meaningful learning activities if they take more than a day. You see, the tests that your kids will have to take have much higher stakes, for them and for me. They need to earn certain scores in order to graduate, either on the AIR tests or the ACT, and I need them to do well on the tests to prove I’m not a horrible teacher.

Every year I say I’m not going to cave, I’m not going to “teach to the test”, which in English class means teaching the “formula” your kids must follow to score highly on the essay, among other skills such as how to answer certain types of multiple choice questions and how to use the technological tools available to them on the computer tests. Every year I tell myself I’m going to teach just like I used to, back when you were in my class and learning could be fun. If I did so, I am confident the standards would be addressed and your kids would turn out just fine. I mean, you turned out okay, right? And you probably even have some fun memories of learning in my class. The problem is that now, it isn’t about meeting the standards, it’s about passing the test.

I am afraid that if I don’t spend time teaching specific test-taking tips for the very high-stakes tests your kids must pass, their knowledge alone might not get them a passing grade. In fact, if they started writing in any sort of a creative way, or even worse, started developing their own voice, they would probably do very poorly on the essay part of the AIR test. The ODE sample essays that have been released are very formulaic. So we have spent weeks highlighting transitions, attributive tags, and other required elements in the sample essays, in our own essays, and in friends’ essays. It might be colorful, but it is definitely not fun.

Now, when we read poetry, we have to find the purpose of the poem, how the theme might connect to another piece of text, and what lines in the poem support that theme. We can’t  simply read a poem for pleasure or to discover an author we like and can relate to.  When we read Romeo and Juliet, we need to find specific lines to provide evidence that Tybalt is hot-headed, not find a picture of Tabasco sauce and glue it to his stick figure poster. And when we write our own poems or create our own characters….Well, frankly, we don’t really have time for that anymore. It’s not on the test.

So I apologize to you in advance.  I promise to try somehow to squeeze in a little bit fun somewhere, but I want your kids to ace these tests, no matter how much I oppose them. I’ll keep working on making test prep more fun and more meaningful, but you should brace yourselves. When your kids come home and describe my class to you, it might sound like I’m an entirely different teacher. I’m not; it’s just an entirely different world than the one you grew up in, the one I wanted to teach in, and the one we made such good memories in. It’s a world where, more often than I like to admit, teaching the test trumps educating the soul. And for that, I am truly sorry.